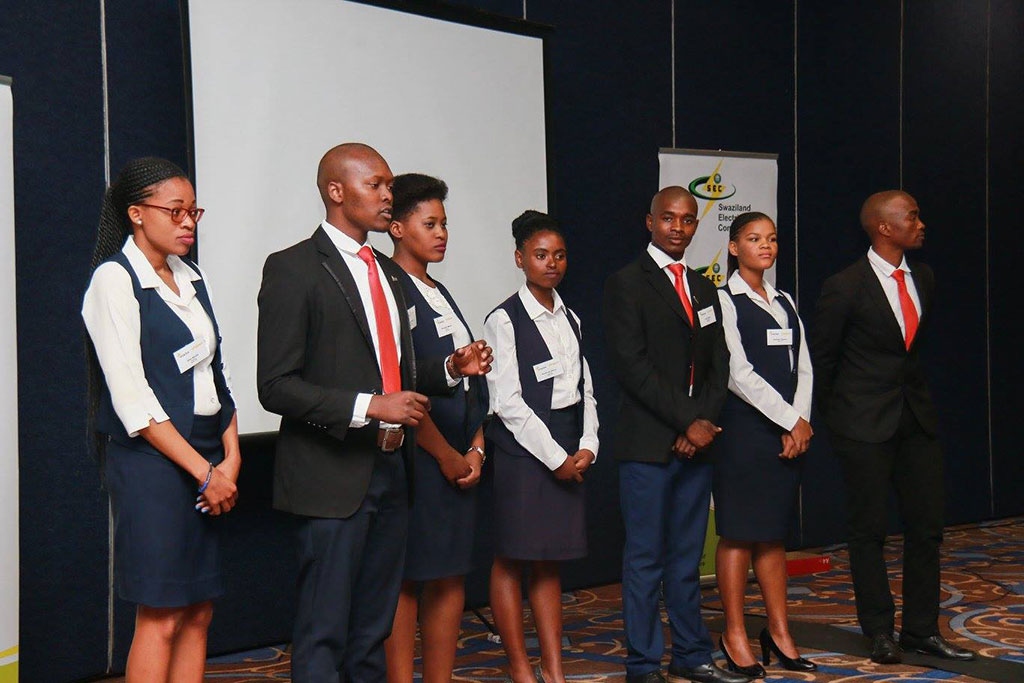 The ENACTUS Gwamile Vocational and Commercial Training Institute Matsapha (VOCTIM) team qualified to represent Swaziland at the 2015 ENACTUS World Cup Which was held in Sandton, South Africa from October 14 to 16, 2015. It was the first time for the event to be hosted in the African continent.

The ENACTUS World Cup is an international showcase of entrepreneurial action. Over 3500 students, business and academic leaders from the 36 participating countries come together to celebrate the progress, innovation, and societal impact demonstrated through the various projects.

The Gwamile VOCTIM team, composed of 15 Students, had two projects that was to be presented to the international level. In the first project, named ‘Magic Herb’, the students were working with a community of women at Maphiveni in the Lubombo region by teaching them entrepreneurial and business skills through the introduction and development of the mushroom market. The previous year, Gwamile VOCTIM students began to work with this group by helping them with handicraft projects, including making a wide array of mats and scarves. After months of collaboration, the ENACTUS VOCTIM team approached the women to diversify their work by introducing them to the mushroom business. The project was then introduced to two more communities, whereby they were selling mushrooms that were found in local Supermarkets like Pick n Pay. Their long term goal included working with NAMBOARD to increase their market and sales.

The second project, called ‘Furni-Drum’, features reusing and refurbishing discarded steel oil drums into stylish and functioning pieces of office furniture. The ENACTUS students worked in partnership with the 12 unemployed graduates of their community at VOCTIM, nicknamed ‘The 12 Disciples’ and a local upholstery company called ‘3 Deez Upholstery’. They were able to create a project where they were able to use waste materials, including plastic bags and old foam as a cushion for the seat before covering the seat with leather. Their long term goal was to expand their line to include a variety of furniture such as stationary chairs, benches, sinks, and full multiple piece sets. Their target market includes parks, car wash companies, garage reception areas and possibly preschools.